Indonesian sculptures based on the beliefs of Hindus. Arca is the same as the Murti (Dewanagari: मूर्ति), or Murthi, which refers to the image that describes the Spirit or Soul Deity (murta). Means "embodiment", Murti are embodiment of aspects of deity (deities), usually made ​​of stone, wood, or metal. Unlike the ordinary sculpture made ​​freely as desired artist, Arca has special characteristics called "Laksana" which is attributes or certain objects that were on hold by statue which became characteristic.
Yogyakarta, Indonesia, @2012 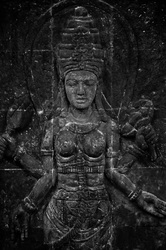 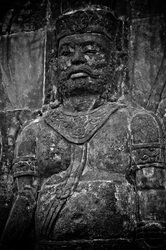 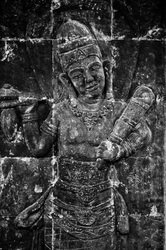 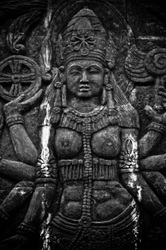